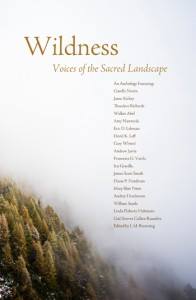 A Certain light infuses Cape Cod, especially at waters edge where we inhabit a thin arm jutting out into the Atlantic. Artists come here to paint in the light, the result of a low tree canopy and the endless blue reflection of the surrounding sea. You can still find the sibling of this light inhabiting Dutch art, flirting with the viewer from ornate museum frames, and running wildly off-canvas through the Dutch countryside. Light is energy in motion and energy is the fuel of all life.

The marshy place where this life proliferates, where land meets sea against a backdrop of sky is a sacred place of beginnings and endings, alpha and omega, book ended by the seasons, earth’s knowing cycles. The tide goes in, the tide goes out. We receive, we give. There is stillness, and the odor of salt, the taste of salt, the recall of our first floating in the maternal ocean, the recall of the first salty soup from which all life emerged eons and eons ago. Our origins are here in the water, and they are preserved in the salt of our blood.

No one knows who the seven daughters were, but the goddess still dances above the sea at Dunino.

The road curves up and out of the Scottish town of St. Andrews, leaving the harbor below to the left. A small, unobtrusive sign appears on the right, pointing down a narrow lane. Dunino is very easy to miss, and we only found it with the help of a local who knew the ancient sites.

Dunino means the Hill of the Seven Daughters.

A lane leads to a church, which probably dates to the nineteenth century, but is surely built upon much older foundations. St. Andrews has been an ecclesiastic center since the ninth century, and Pictish stones stand gray and mute in the churchyard at Dunino.

Seven daughters. One for each direction, north, south, east and west? One for each phase of the moon, waxing, full, and waning? Were they healers, warriors, priestesses? Did they link the people to the heavens and ensure the harvest’s bounty?

A set of steps hewn from stone leads into the woods near the church through pillars of trees to a sacred grove, and as we descend through the trees we are assailed with the smell of decay. The smell of something dead on that cool Scottish June morning, something in the long grass amongst the trees.

What sort of place was this? The breeze moves through leaves whispering secrets, swirling through rocks, carrying the stench of the goddess’ darkest manifestation, Celtic Hecate, Cailleach Bheur.,.

The steps lead to a natural grotto of high stone walls and a quiet stream, the Kinaldy Burn. This is Bel Craig, place of forgotten ancient ritual, where the mind leaps to fertility rites and human sacrifice.  Bel Craig is called the Druid’s Den by modern locals, and even now it is a place of modern supplication. The goddess is here in her many forms.

In the grotto a foot is carved into the rock on the ground, there is a small well, and there is the feeling of hair standing up at the back of your neck, the chill of the unknown.  It’s not as if someone walks over your grave, it’s as if an entire herd of sheep maraud upon it.

This is chillingly sacred space. Some people have felt great peace here. I feel peace spun through with electricity. I feel possibility to counter the chill.  The goddess moved in the dappled light, sighing in the breeze.

The tall rock wall reveals a Christian cross carved 9 feet high in the Celtic in style, with cruciform surrounded by a circle.   The circle denotes the sun, hinting at older ways of pre-Christian solar worship and inviting warmth to the chill grotto that never quite catches the light. There is the potent possibility, the electric thrill of an earlier time when the goddess ruled this place before Christianity stamped its mark upon Her space, adding another layer to the sacred.

She is there even now, the locals know her and remember. She is also Sulis, generous and life embracing. The grotto is festooned with offerings. Ribbons, bits of cloth, pieces of paper and small bunches of fresh flowers. Piles of coins among the bits and pieces.

Make him love me, send me a child, keep them safe. Ancient incantations, modern hopes and prayers. All these offerings are fresh, recently made by our contemporaries, invoking the Lady’s favor, appealing for help in whichever guise she chooses to take.

They say you must ask carefully at Bel Craig, because legend has it you will always receive your wish.

“You like this?” the man asks in a heavy Pakistani accent. He starts ringing up the sale, and cultures connect as my blond towhead grins widely and tells him he loves curry.

When I was ten years old, I had never tasted it. Curry had not yet arrived in our small Massachusetts town, although I had heard rumors of it from my English cousins. Until a few years ago, I had to go into Boston to shop for Indian food.

Now, masala, korma, Punjabi chana, and fish biryani; vibrant spice mixes neatly packed in small boxes stamped “Made in Pakistan”: I wonder at their journey to the new storefront on our town’s main street and marvel at how easily they create amazing Indian dinners. The man behind the counter asks if I know how to cook with them. I recall tasting my first curry as a college student in Scotland in a restaurant promising the cuisine of the Mughal emperors. It made my eyes water and my nose run and I loved every bite of it. Awash in the new spices and always a cook, I asked the waiters, “How do you make this?” “Madhur Jaffrey’s cookbook,” they replied unanimously.

Read the rest at Writers Resist.

When we were kids and had the freedom of our bikes, it was an adventure to ride to Usher’s Store with 25 cents. Back then a quarter bought a lot of penny candy. We’d ride there with our friends, or by ourselves, and I usually had a dog in tow. Today it is a ruin, but back then, Usher’s Store, on the north side of Route 6A just east of the Yarmouth Port line, was painted bright white and the sign above the door was a crisp green to match the wooden screen door that satisfyingly banged shut as you entered.

We were greeted by a very old man, Mr. Usher himself, who always had time for children. If he was not actually in the store when we arrived, Mr. Usher didn’t mind us knocking on the door of the adjacent house, where he lived with his two equally ancient sisters, whom I can’t remember ever having seen. They were a bit mysterious.

In its heyday, Usher’s store was a welcoming place with two gasoline pumps….